A village that cared and a birthday wish

Martha Harley, founder of Amazing Grace Evangelical International Ministries, is a pillar of strength and hope in her community. She will turn 60 on Feb 21, 2021. That’s a reason to celebrate in any life, but Martha was never supposed to make it this far.

Born in the small village of Ahobre in Ghana, Martha was always sick and in pain. As a child, she was diagnosed with Sickle Cell disease and her parents were told, “She’s a sickler and will die.”

But Ahobre would not give up. The village banded together and brought every remedy they knew to treat Martha’s pain. She suffered throughout her life, but she survived. And through her experience, she found God’s purpose for her: giving hope to those who, like her, feel they have no hope.

Martha attributes the miracle of her life to the grace of God and to the village that wouldn’t let her die. She created the fundraiser AHOBRE#1@60 as the best way she could think of to celebrate her miraculous life: by giving back to the village that gave her everything.

Situated in the western part of West Africa, Ahobre is a small village with a population of 400. Recent years have been hard. The principal occupations of fishing and farming have suffered a severe decline due to climate issues. Those who could afford to leave fled to the cities, leaving the most vulnerable and helpless behind just practicing daily survival.

Sanitary conditions are lacking, making life harder and more dangerous for those who remain.

“Imagine,” says Martha, “sixty years after I was born there, and so much has happened, yet they still don’t have toilets. I want to fix that.”

How you can help

Martha’s fundraiser will install sanitary, working toilets for the whole village’s use for the cost of $20,000.

“I don’t want anything for me for my birthday,” Martha says. “I want to give back and do this for Ahobre.” She invites anyone who wants to celebrate with her to join in and donate to help this simple thing become a reality for her village in need. 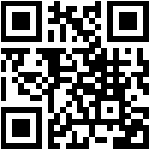