Australia’s bushfire crisis is devastating communities across the nation. Since September 2019, these unprecedented fires have caused widespread destruction and devastation. Tragically, people have lost their lives, thousands of homes have been destroyed and entire communities have been displaced. It is estimated over one billion animals have been lost in fires that have burned over 10 million hectares of land.

Discovery is helping to raise vital funds to support the people, communities and wildlife affected by the disaster. You can help make a difference by donating to one of the organisations below. Every contribution will have an impact. In addition to our other fundraising initiatives to support the bushfires, Discovery will match viewer donations up to USD30,000. Our thoughts are with all affected communities.

The Australian Red Cross
Since July 2019, Red Cross teams have responded to 30 emergencies and supported well over 20,000 people, through the efforts of more than 1,600 volunteers and staff. They continue to help communities affected by bushfires through recovery programs and emergency assistance The organisation’s Register.Find.Reunite service, which reunifies people who have been separated in the bushfire emergency, has registered over 30,000 people and taken more than 5,000 enquiries.

The Australia Zoo Wildlife Hospital
Thousands of displaced animals that have come through the doors of the Australia Zoo Wildlife Hospital – one of the largest wildlife hospitals in the world - founded by the Irwin Family. The state-of-the-art facility takes in animals from all over the country and is experiencing an influx of wildlife patients affected by the bushfires – particularly grey-headed flying foxes, a species vulnerable to extinction ."Our Wildlife Hospital is busier than ever.” Bindi Irwin says, "My heart breaks for the people and wildlife who have lost so much."

RSPCA Australia
Heroic inspectors and staff from RSPCA Australia are operating in evacuation centres and regions affected by the bushfires to help protect animals, including evacuating them to safety. Once the fire zones clear, the RSPCA Australia Inspectorate will begin the difficult job of entering affected areas and assessing any injured animals. This includes the rescue and treatment of native wildlife and livestock who have been most affected by the fires.

One Tree Planted
One Tree Planted is dedicated to supporting Australia's forest fire restoration efforts by planting trees where they're needed most. By working with local partners and ensuring that native tree species are planted correctly, these initiatives will help to improve air quality, expand habitats for biodiversity, and benefit the climate. The current priority is helping reforest some of the 17 million acres of land that has already been destroyed. 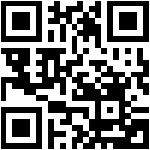