Dear  Tegaru and friends of the Tigray people,

The region of Tigray is in dire need of humanitarian aid. Since Nov 2020, Tigray, with a population of close to 10 million people, has been under a brutal military siege with a total blockade of humanitarian assistance and over 500,000 deaths, making it the deadliest war today.

According to reports by international aid organizations such as the UNHCR, 40% of the population is in the extreme stage of famine;  almost 1/3 of children under the age of 5 are malnourished, and more than 120,000 women and underage girls were sexually assaulted by the Ethiopian National Defense Forces and neighboring Eritrean army. With a complete communication shutdown, closure of banks, and blockade of roads leading to the Tigray region by the federal government, international aid agencies are facing increased obstacles to accessing the desperate people in need of humanitarian aid. As a result, a world record of over 5.1 million people is internally displaced and the entire Tigray region has practically become the largest death camp in the world where thousands of people perish every day.

The Tigray Development Association in North America has launched a global resource mobilization campaign to assist the people of Tigray impacted by the ongoing genocidal war. Your support is critical to our efforts to save lives. We appreciate the compassion you show by being a humanitarian champion for Tigrayans.

You can also make a donation through: 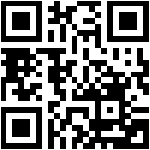